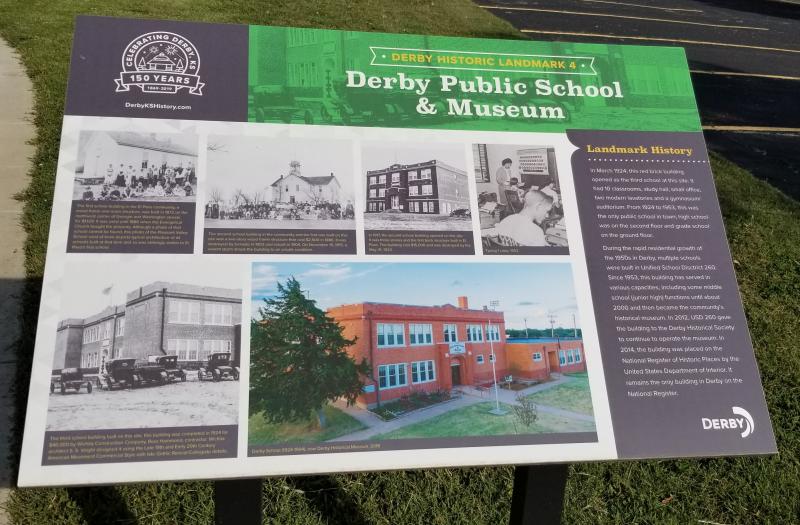 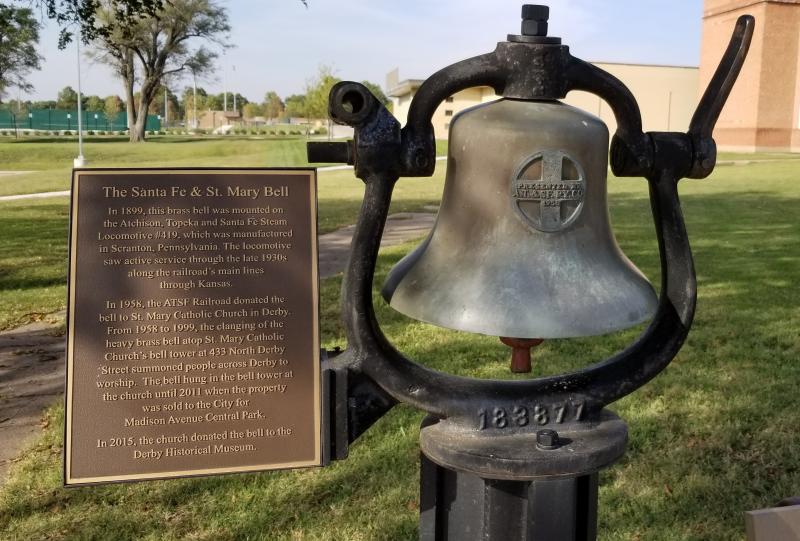 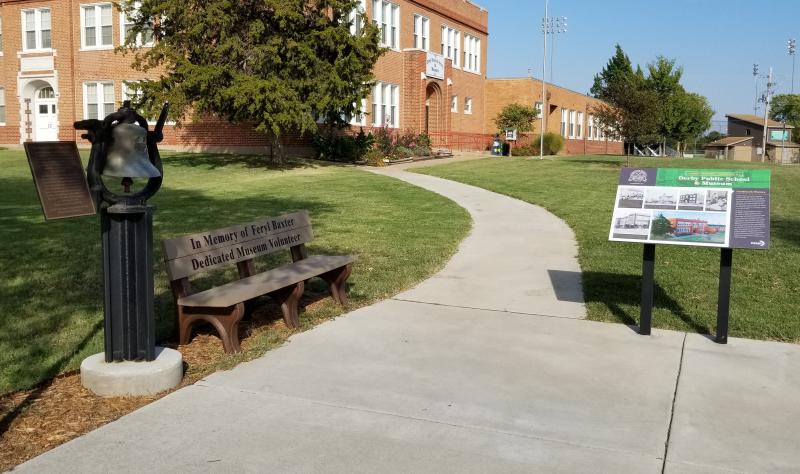 In March 1924, this red brick building opened as the third school at this site. It had 10 classrooms, study hall, small office, two modern lavatories and a gymnasium/auditorium. From 1924 to 1953, this was the only public school in town; high school was on the second floor and grade school on the ground floor.

During the rapid residential growth of the 1950s in Derby, multiple schools were built in Unified School District 260. Since 1953, this building has served in various capacities, including some middle school (junior high) functions until about 2000 and then became the community’s historical museum. In 2012, USD 260 gave the building to the Derby Historical Society to continue to operate the museum. In 2014, the building was placed on the National Register of Historic Places by the United States Department of Interior. It remains the only building in Derby on the National Register.

In 1899, this brass bell was mounted on the Atchison, Topeka and Santa Fe Steam Locomotive #419, which was manufactured in Scranton, Pennsylvania. The locomotive saw active service through the late 1930s along the railroad's main lines through Kansas.

In 1958, the ATSF Railroad donated the bell to St. Mary Catholic Church in Derby. From 1958 to 1999, the clanging of the heavy brass bell atop St. Mary Catholic Church's bell tower at 433 North Derby Street summoned people across Derby to worship. The bell hung in the bell tower at the church until 2011 when the property was sold to the City for Madison Avenue Central Park.

In 2015, the church donated the bell to the Derby Historical Museum.